The Tagalog focus, subject or Point of Departure (POD) 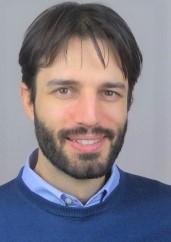 The search for the right terminology for Tagalog.

Why use POD instead of focus?

One question we sometimes get is why we use the term Point of Departure (POD) instead of focus. After all, focus is used in many resources, including grammar books in Tagalog where it is called pokus.

Reason #1: Focus is not emphasis

The first argument is that the term focus might be intuitively misinterpreted by learners as emphasis (and it mistakenly is in some resources). The Tagalog focus is not necessarily emphasized. It may be emphasized by placing it in the beginning of the sentence, but it usually isn’t. It can even be omitted when it is obvious from the context.

Actually, the News (predicate) and not the POD (focus) is typically the first part of the sentence and usually carries more emphasis.

Reason #2: It differs from focus in linguistics

The reason is that they do not always correspond. In the Tagalog translation of an English sentence with a definite (specific) object, it is the object that will be the POD. For example:

~ I opened the door.

In English, the subject would be I. In Tagalog, the POD is ang pinto (the door).

The matter is linguistically complex. Debates among linguists about which terminology to use to describe Tagalog have been going on for many years. The common terminology used for other languages is not perfectly suited for Tagalog (and other Austronesian languages).

Why did we choose Point of Departure? Aren’t there any better terms?

Our purpose with Learning Tagalog is to explain Tagalog in a practical and intuitive way. We avoid jargon as much as possible.

Focus was a confusing term. I personally thought it implied some kind of emphasis at first. That’s why we looked for another term to replace it. Here is an overview of the different alternatives we considered.

When linguist Paul Schachter and his Filipino colleagues studied Tagalog thoroughly in the 1960s and 1970s, they chose the term topic instead of subject.

The first reason is that the Tagalog topic is always definite. It is always an Ang phrase (i.e. a word group introduced by an Ang marker, or an Ang pronoun). The English subject, by contrast, can be both definite (specified) or indefinite (unspecified).

The second reason is that the English subject is usually the doer or undergoer of the action. In Tagalog, the topic can fulfill other roles as well—object, direction, location, beneficiary, instrument, reference or cause. Note: To keep things simple, we have treated the reciprocal action verbs as doer-POD (also known as actor/agent-focus).

The role of the topic (POD) is determined by the affix of the verb. Schachter referred to this role as the focus of the verb. Verbs can be actor-focus, object-focus, direction-focus and so on. Again, this does not mean emphasis on that part of the sentence.

Unfortunately, while topic is a very accessible term and does not sound technical, it may also be confusing. The topic of the conversation might be intuitively understood to include the new or remarkable information (the News part in our terminology). As a consequence, we find the term rather ambiguous. However, we feel it is more suitable than subject or focus.

This term is used by linguists to explain verbs in Austronesian languages. The verb is said to trigger a particular role or relationship in the Ang phrase.

In simpler language, the role of the Ang phrase (whether it is the doer, object etc.) can be derived from the affix of the verb.

See: The roles of the POD.

Tagalog has many sentences without verbs. To base the term for the Ang phrase on this particularity of the language would be illogical. It is not an intuitive term at all when no verbs are involved.

Another term for trigger is voice. As with trigger, this term refers to the relationship between the Ang phrase and the verb. It feels awkward when no verb is involved and does not really describe what the Ang phrase represents.

As a sidenote, some linguists do not see Tagalog non-actor-focus (non-doer-POD) verbs as passive in the same sense that English sentences can be in the passive voice. In our literal translations, we have used passive constructions in English as an attempt to clarify the relationships between the different parts of the sentence. However, Tagalog speakers would not think of passive contructions when they speak. If they would be asked to translate the sentence into English, they would probably give the natural translation.

In Michael Halliday’s grammar theory, the theme and the rheme represent the known and the new information respectively, from the point of view of the speaker.

We liked these terms conceptually but they sounded quite abstract, vague and less intuitive. We preferred Point of Departure and News.

Michael Halliday’s distinction between the given information and the new information (from the listener’s point of view) highlights this crucial point in the terminology itself.

We needed a practical and intuitive term for the prominent Ang phrase in Tagalog basic sentences. It represents the known or obvious part of the sentence the speaker wants to give more information about. It can be emphasized by placing it at the beginning of the sentence. It is always definite and is often not the doer in the sentence.

We were looking for a term that was unambiguous, descriptive and not too technical.

After eliminating all the previous candidates, we settled on Point of Departure (POD). It refers to the specific given information the speaker has in mind when starting to speak and about which the speaker wants to say more.

Back to article index